The files on this page contain simple ANSI C implementations of algorithms related to the 802.16 and 802.16e security protocols. They are not designed for efficiency, they are designed to be clear, simple and useful as unambiguous documentation for the algorithms in the specifications. Please feel free to use them as you see fit.

They are all stand alone C files. I compile them on Linux using 'gcc {filename}.c'.

If there appears to be only a very small number of programs, its because I haven't written any others yet. I might never get around to it.

It takes a 128 bit data block, a 128 bit key and produces a ciphertext block according to the NIST AES standard. This is the block cipher that is used in 802.11i.

V0.2 alters the nonce construction to match 802.16-2004. The PN and ICV is still little endian, contrary to the changes in Corr1-D1. Corr1-D1 is wrong and the changes need to be removed, so I've declined to make a Corr1-D1 version. It's about time I checked against the final Corrigendum, but I haven't .

This code generates example vectors of MPDUs being encrypted and decrypted according to the 802.16 AES-CCM based link cipher. The Nonce construction is as I originally conceived it.

This code is just the basic AES Key Wrap algorithm. I need to do one running over a TEK exchange response packet.

This code is the CMAC (formerly known as OMAC) algorithm used in the PKMv2 dot16KDF function. It appears to match the NIST specs.

This code implements the PKMv2 dot16KDF function and runs vectors through it that appear to match Samsung's vectors. It reverses the definition of 'rightmost' as used in the 0.1 version below.

This code implements the old and wrong interpretation of the PKMv2 dot16KDF function and runs three example vectors through it. 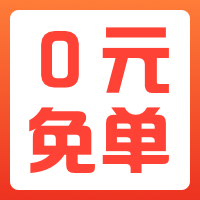